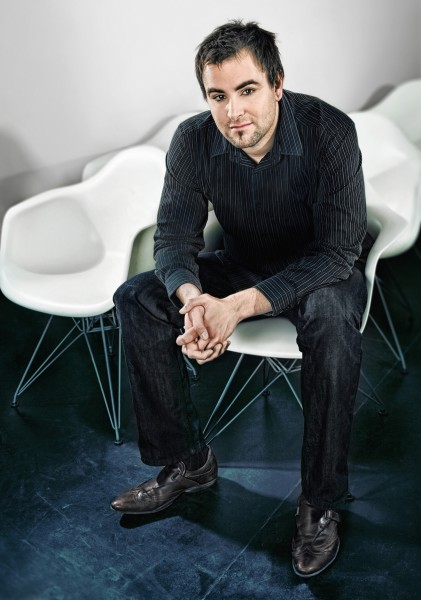 Dominik De Leon has been at the forefront of the dance industry for over a decade as the De Leon half of Jam X and De Leon and as one of hard hitting German duo DuMonde.

Behind countless trance epics such as ‘Tomorrow’ and ‘God Music’ they ranked alongside the likes of Paul Van Dyk, holding prestigious residencies in Germany including the world famous club, ‘Dorian Gray’. Globally they became familiar to audiences with regular guest spots at ‘God’s Kitchen’, in Birmingham, Gatecrasher in Sheffield, Velfarre’, in Tokyo and ..Glow.. in Washington D.C. They appeared at Nature One’, Love Parade Berlin ‘ and ‘Global Gathering in Birmingham’ by taking these huge dance events by storm.Dominik’s background as an audio engineer was evident in their production and a vital element in creating the distinctive DuMonde sound trance lovers became so fond of.

The quality of his work was apparent in remixes of tracks such as ‘Push’, ‘Universal Nation’, ‘CRW’s, I Feel Love’, and Alice Deejay’s, ‘Better Off Alone’, and soon put them in the forefront of the scene working with the likes of Tiesto.“Tomorrow”, hit the top 10 Dance Charts in Germany truly putting DuMonde on the map, with the remixes hammered by every DJ from Paul Oakenfold to Judge Jules, generating a strong working relationship with the Radio One dj that looks set to continue with Dominik’s solo workDominik De Leon was one of the founders in 2001 of the respected “F8T Recordings” home to subsequent DuMonde and JamX and De Leon releases. DuMonde sadly called an end to their production partnership with their final single Gun in December 2007 ending a decade which had seen De Leon teaming up with the best names in the industry a trend that shows every sign of continuing in the future.

Not one to pause for breath long he is now moving forward with a solo career and his work is already attracting the attention of those that frequently endorsed DuMonde, Armin Van Burren, Judge Jules, Sander Van Doorn to name but a few .After the huge success of his first solo outing “Changes” which was snapped up by a major and supported by the likes of David Vendetta, EDX and TV Rock, he is set to take control over the floors with his second solo outing “Why” with its clubby build up and catchy main riff after the break down, “why” is a totally massive Progressive Track, which can only build on the strength of his initial return to the business big time.Dominik is not confining himself to solo projects, recently he has been collaborating with producers such as Gum Me, CZR, Cyrus, Jay Frog, Markus Kaes and Manuel Schleis.The first track from Rapidfactor Smokey Air, saw De Leon team up with DJ Cyrus of Beam and Cyrus fame. It took the scene by storm, championed by Anjunabeats heavy weights Above and Beyond it found its way into the bag of many an international artist. Now they are back to deliver the follow up number Wavearound with the original mix an example of progressive house at its best, the release is perfectly supported with a crossover club mix by up and coming producer Gum Me.

With Marcus Kaes, you find him laying down a deeper and totally solid remix making it a sure fire winner with clubbers and demonstrated when they delivered a huge electro house edged remix of Sick Bay for Slice & Case the project of Spencer & Hill Mastermind Manuel Schleis and Marcus Kaes. Dominik‘s latest 2010 remix of „Do Bing“ has been freshly signed to Fedde Le Grand‘s Label Flamingo Recordings. Another track adding yet again to his new found credibility on the electro house scene.Without turning his back on his roots De Leon has succeeded in branching out in fresh musical directions fusing the trance he made his name on with tech and cutting edge electro into what is fast becoming a trademark sound. Dominik de Leon goes from strength to strength